Welcome to Azachorok Incorporated, an Alaska Native Claims Settlement Act (ANCSA) village corporation. Azachorok Inc. has offices in Anchorage, Alaska with headquarters in Mountain Village, Alaska. We are of the Central Yup’ik people of the Lower Yukon River. Mountain Village is located in Western Alaska approximately 450 miles northwest of Anchorage.

Our shareholders live a predominately subsistence lifestyle and Azachorok’s vision reflects the values of our ancestors and our people today. Azachorok Inc. intends to develop innovative and diversified businesses opportunities for the benefit of our shareholders. Azachorok also provides advocacy on a variety of issues impacting shareholders, their descendants and our community in efforts toward self-determination

Anchorage is home to more Athabascans than Fairbanks, more Yup'ik than Bethel and more Inupiat than Barrow, the U.S. Census shows.The city has long been known as "Alaska's biggest Native village." With new numbers from the U.S. Census Bureau it can now claim, more specifically, to be home to both the largest Yup'ik and largest Inupiat communities.

Azachorok, Incorporated is an Alaska Native owned corporation formed after the passage of the Alaska Native Claims Settlement Act in 1971. Azachorok represents approximately 493 shareholders residing in Mountain Village and throughout Alaska. Mountain Village is a predominately Yup’ik village located on the lower Yukon River in Western Alaska in the Kusilvak Census Area, about 20 miles west of St. Mary’s and 450 miles west of Anchorage. 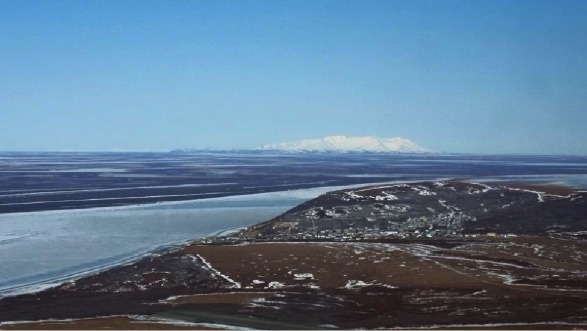 View of Mtn. Village in the spring with Kusilvak Mountains in the background, courtesy of Susie Makaily